Upper Mid Range PAYG Mobile Phones are the next standard up from Mid Range PAYG Mobile Phones. They normally cost any thing from £200 and £450, they are fully loaded with hardware and features, in fact these mobile are the flagship phone of 12 – 24 months ago, they have been replaced by the new premium phones of today because with most, its all about the latest and most current phone, the all singing and dancing with frills and thrills this are the mobile phone manufacturers primary mobiles that contain all the the latest hardware, there pride and joy, the so called flagship phones the latest Blackberry, iPhone, the Galaxy S4, the HTC One of 12–24 months ago but still holds prestige and still commands that primary flagship presence.

These phones, in terms of the best mobile phone experience you can think off, are what these phones more or less deliver and because they are top phones they in turn command top phone prices as we would expect.  Upper mid range Payg mobile phones in this range are literally like laptop computers but physically compressed to fit into your pocket hence why they are called smartphones. They possess larger high-resolution screens, better cameras, and faster processors for fast effortless multitasking.

Back in the day payg mobile phones used to be the poor mans phone, payg users were looked upon as people who could not pass credit checks, looked upon as desperate mobile users who simply have no choice but to be on pay as you go.

Sony Xperia z1compac (4G) Upper Mid Range PAYG mobile phones. for £399.95. With a 2,300mAh battery, Up to 18 hours talk time will happily run all day.  600 hours of standby time and 18 hours of talk time.  Powered by a 2.2GHz quad core Qualcomm Snapdragon 800 processor and Android 4.3 Jelly Bean yes that's right its incredibly fast. 4.3" HD display, sharp pixel density of 342 pixels per inch and is powered by Sony's TRILUMINOS™ and X-Reality technologies. There's a 20.7MP camera share stunning photos. 16GB of internal storage, which is expandable by up to 64GB with a microSD card.  think about everything that makes the Xperia™ Z1 great and then squeezed it into a smaller body

The call charges were high as much as 35p per min plus the customer services for payg users was bad; they were the armpits of the network providers.  While contracted users lived it up they had that air of affluence showing-off shiny phones with features James Bond would feel at home with, 'unlimited everything' plans. But today it’s a different story every thing has changes because being on Pay As You Go is now a choice that has choices, for example, pay-as-you-go tariffs provide almost all the benefits of contract plans, without having to be ball and chained to a 24-month-contract.  Another payg version is the 30-day contract that gives even more options.(Giff Gaff)

Is buying Pay as you go Mobile Smartphones the best way to buy Smartphones?

The network will typically subsidise the phone purchase if you get it with a contract or perhaps even get it for free but that still depends on how high your monthly payments are and how long the payback period is, when it comes to contract mobiles there is noting like a free phone you are simply buying it over a fixed term via monthly payments. 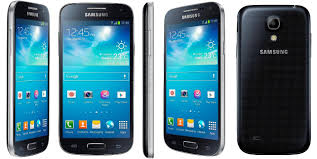 To buy upper mid range payg mobile phones there’s isn’t much point looking in the networks stores, as they’re usually available only from independent mobile retailers. Put bluntly you will pay hundreds of pounds for the phone because  its Sim-free or unlocked, but making the cost back makes financial sense, because over its lifetime we pay less for a Pay As You Go Tariff. And the one of many great things about a SIM-free payg mobile phone smartphone is that you can change networks whenever you want as the phone is not locked into any network. 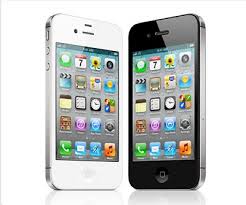 Looking at smartphones as payg mobile phones, in the past few years since late 2010 or so pay-as-you-go has really become an option. Until this time smartphones were only looked at as business tools and as something accessible to affluent users while PAYG was condemned to impoverished consumers – they were just not on the same level.   Now the networks have started providing some smartphones on PAYG tariffs, smartphones can now be seen in normal public places as in the boardroom. Network service providers now offer some smartphones but not all on PAYG tariffs.

As a Pay As You Go user with a restricted budget, take advantage of this. As it’s usually way much cheaper buying a PAYG mobile phone, then unlock it which allows you to use it with any PAYG sim card from any network, this gives complete flexibility and freedom of choice, besides its cheaper (hint) than buying the same phone Sim-free. 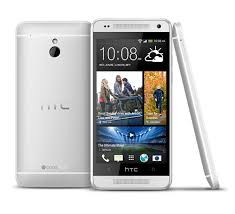 As we know that PAYG mobile phones are usually locked to the selling network operator, who will try to recoup the loss-leading sale price with more expensive charges and fees.