It could  be said that Motorola is the unsung hero in the Mobile industry, the bottom line is Motorola has made its mark in history in spite of its ever changing structure. 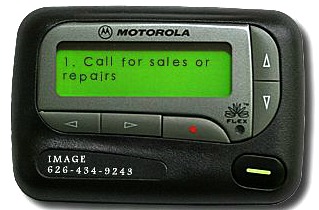 And then the MicroTAC was released by the end of the decade but what was most notable was the dramatic drop down in size and weight, and the movement to the flip phone format.

Motorola really let loose and released the hounds in 1996 when they released the iconic StarTAC, it was probably one of the smallest and tiniest practical Phones ever released its the StarTAC that helped make the clamshell design very popular and was the first to incorporate the vibrate option on a Mobile borrowed from the company's pager side of its business.

In 2009 Motorola released its first Android SmartPhone the Motorola DEXT MB220, and its first Android tablet came out in 2011.  Comparing the specs of the Motorola DEXT with one of Motorola's latest SmartPhones such as the Moto X4 which was launched in November 2017, one can see that they are quite different but yet similar despite the 8 year release gap between them, but whats carried on here is still excellent with tech advancements for better and improved Mobile user experience. 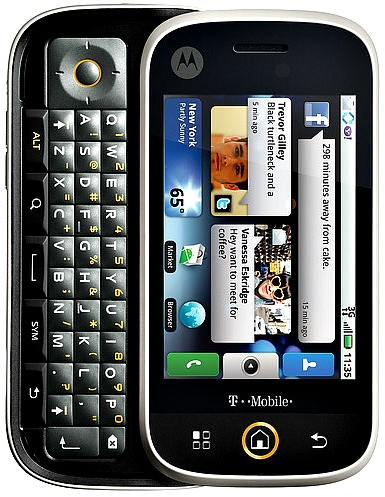 This device is Also called the Motorola CLIQ in USA

As a Flagship then,  it was powered by 2.2GHz octa-core Qualcomm Snapdragon 630 processor and as for image display the X4 has a 5.20-inch touchscreen display with a resolution of 1080 pixels by 1920 pixels at a PPI of 424 pixels per inch.

When Apple blew everyone out of the water in 2007 when it reinvented the Mobile Phone into a full blown SmartPhone, Motorola had no choice, it had to get up-to speed with the SmartPhone revolution, so the company moved its focus to Google's Android operating system.  Its time for the early years. 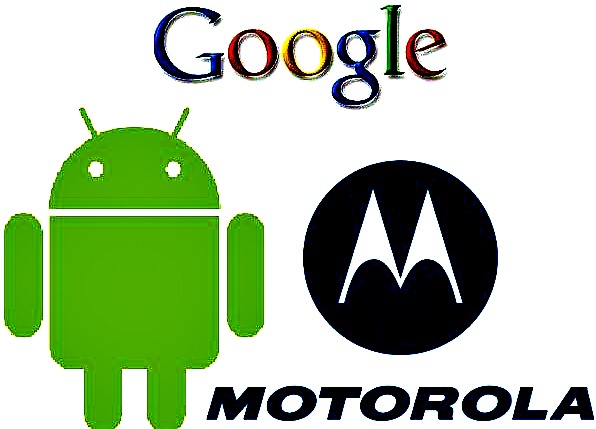 Motorola, Inc. was created on September 25, 1928 at Schaumburg, Illinois by two brothers, Joseph and Paul Galvin, they called their company the Galvin Manufacturing Corporation who bought-out at auction for $750, the bankrupt Stewart Battery Company's manufacturing equipment and battery-eliminator plans. 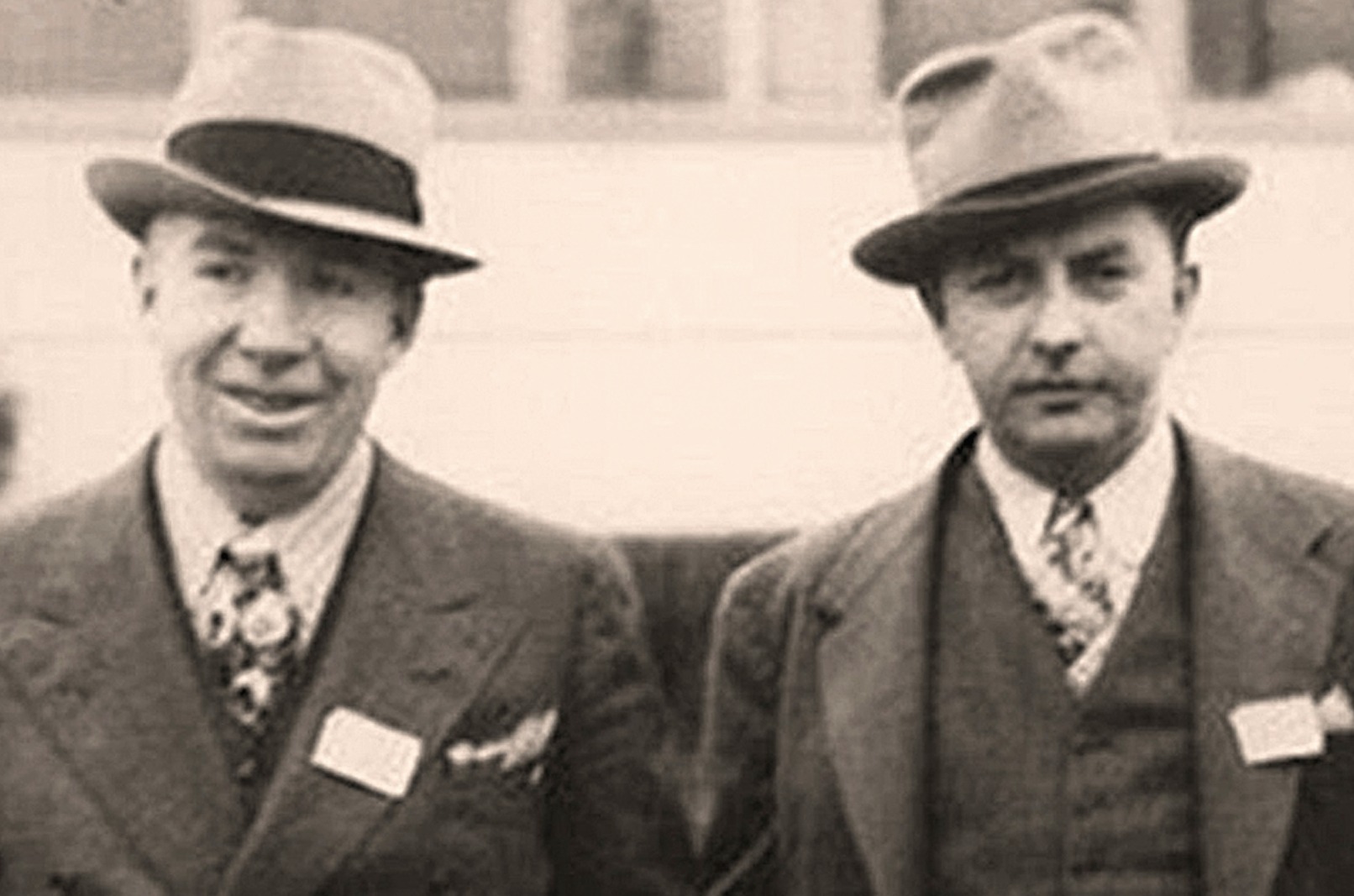 The Founders of Motorola Paul and Joseph Galvin 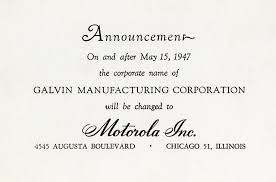 released the "Motorola" car radio two years after the company was founded in Chicago.  The same year it was released, the Motorola became Galvin's first internationally sold product, it initially offered the battery eliminator that allowed battery-powered home radios run off of household electricity. 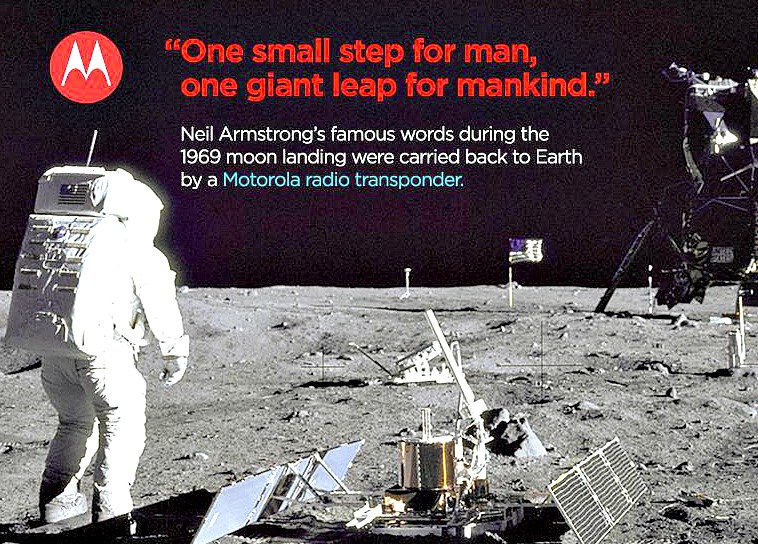 Unique so much so that the engineering is customised, consisting of a rotating mechanism of more than 200 high-precision different parts, protected against harsh conditions, made possible with special premium coatings, the same  type used in top-performance racing engines.  All these unique specs made the AURA a one of-a-kind phone, it looked intricate but yet sophisticated, the screen was able to display 26 Million different colours. This phone was well and truly about looks over functionality. No Wi-Fi, 3G or microSD card slot and back then certainly no apps to show, but it did look pretty special.

They appropriately name It Milestone in other regions as that’s what it was for the company.  The Droid stalked up well as a multimedia-enabled smartphone with its touchscreen display and slide-out keyboard. At the time, the Droid was a fantastic device offering a state-of-the-art experience with flawless telephone reception.

It was amongst a series of devices with interesting specifications such as features like a 3.1-inch WVGA display, 5-megapixel camera, Wi-Fi, Bluetooth, GPS, compass and a 624 MHz Marvel PXA935 processor. 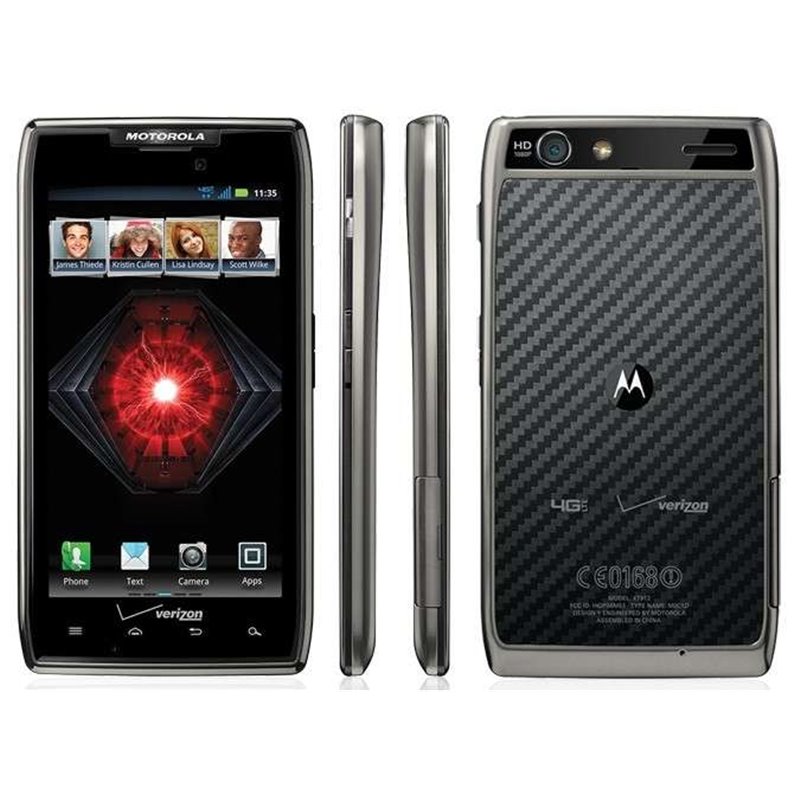 Users could instruct the phone with “Conditions” and “Actions “using Smart Actions. Through this method, it didn’t use any more battery than what your SmartPhone normally uses, in addition battery life Improved when using Phone Book Access Profile (PBAP) using Bluetooth® enabled headsets, so basically with Smart Actions Software users could set conditions that triggered actions, like, why us GPS to get your location which taxes the battery, when users can latch onto a signal using nearby cell phone towers to triangulate your position which taxes the battery less. The bottom line is that increased overall battery life is achieved but still targeting on its overall performance and user experience. 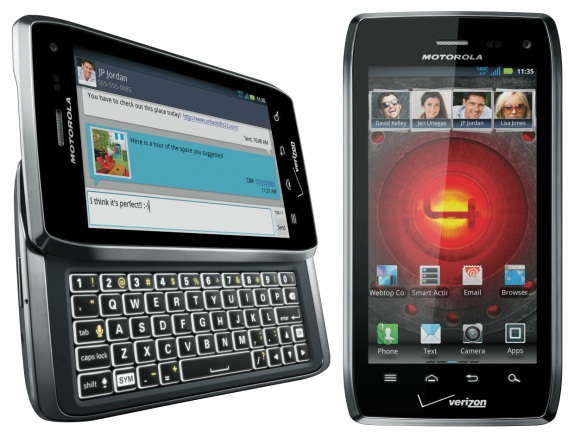 The Droid 4 is considered one of the last great QWERTY smartphones. It supposedly perfected the mobile keyboard with responsive, tactile, and strong keys.

The Motorola Droid 4 was released with Android 2.3 "Gingerbread" out of the box, then it was gradually updated to Android 4.0 "Ice Cream Sandwich" and finally to Android 4.1 "Jelly Bean". It was released February 10, 2012, as the successor to Motorola's Droid 3, and is one of the first to support GLONASS in addition to GPS.

Still for Motorola the Moto X was a good entry effort into the flagship "big boy” level, some good innovative user interface software, performance was sufficient and the display was considered acceptable with crystal clear Corning glass.

With contact points on the back of the phone, that sends data and power between the add-on Mod and the phone. Each Mod attaches to the back of a Moto Z-series SmartPhone using built-in magnets.

What are the different Mods Snap-On accessories for Moto Z?  What are Moto Mods?